A new strain of the coronavirus is dominant now. Is it more contagious?

A mutant strain of the coronavirus that some researchers believe is more infectious is rampaging across the globe and has moved into the Bay Area, but there are conflicting views about how this tiny deviant is impacting people.

The mutated virus, known as the G strain, appears in some studies to be more contagious — up to six times more transmissible — than the original strain of the coronavirus that emerged last year from Wuhan, China, and it is now believed to make up 70% of the infections worldwide.

It has established itself as the dominant strain in virtually every state, including California, and now makes up the majority of cases in the Bay Area, according to infectious disease specialists.

But although most scientists agree that SARS-CoV-2 — the specific coronavirus that causes COVID-19 — has made a significant genetic change, they disagree about how problematic that recalibration is likely to be for humanity. Everyone agrees the revamped virus is no more deadly than the old one and they acknowledge that it doesn’t cause more severe illness.

“This is all just the same coronavirus from the evidence I’ve seen,” said Joshua Batson, a senior data scientist with the Chan Zuckerberg Biohub, a nonprofit research organization that focuses on collaborative science, referring to the behavior of the virus with the G strain mutation.

Clearly, though, something has changed in the virus’ inner workings, leaving some scientists worried that the world is now battling a souped-up version of the disease. 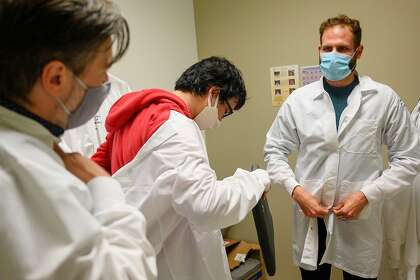 The subject of concern, in this case, is really just a tiny mutation found in what is known as D614G, one of the 1,300 amino acids in the coronavirus genome. Such mutations, essentially evolution on a shortened time scale, are common in coronaviruses, including in four other strains that cause common cold symptoms.

SARS-CoV-2 mutates once or twice a month, on average, but most of the time the mutations are minuscule changes in amino acids that have no effect on the way the virus behaves. They are, in fact, helpful to scientists because virologists can compare the changes and track different lineages from person to person and place to place. Studying mutations is an integral part of contact tracing, which is essentially following the family tree of the virus.

Microbiologists generally do not consider that a new strain has been created until a mutation changes something significant about the way the virus behaves, which is what some researchers think happened in the case of the G strain.

The D614G mutation occurred in the virus’ infamous spike proteins, the antenna-like protuberances that give the virus the appearance of a crown, or corona. The spikes are the most important part of the coronavirus because they are what it uses to attach to and enter human cells, where it replicates.

Preliminary evidence suggests that the mutation has somehow made it easier for the spikes to enter human cells and take over their machinery.

The best proof of that, so far, is how widely the newly mutated virus has spread. The G strain was first detected in Europe and New York. It is believed that it entered the United States sometime in January, where it slowly spread around the country, finally moving into the Bay Area over the last few months.

In May, geneticists at Northwestern University, in Illinois, found it in 95% of the COVID-19 cases in which the virus’ genome was sequenced, which is the only way scientists can identify lineages and strains. 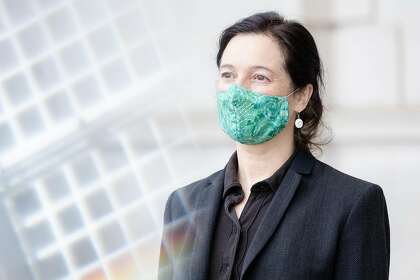 “In some locations the virus with this mutation has become dominant,” said Shannon Bennett, a microbiologist and chief of science for San Francisco’s California Academy of Sciences. That would “suggest that something about the mutation is affecting its transmissibility.”

Batson, who has been working with counties in the Bay Area and across the state sequencing coronavirus genomes and looking for mutations, said more detections are being made in the Bay Area each month.

“The D614G type is definitely the more common one now,” he said.

The question, he said, is whether the G strain became dominant in the Bay Area and around the country because the earlier strain of coronavirus was successfully contained, allowing the newly introduced strain to multiply unopposed, or because the mutation gave it some kind of fitness advantage.

The mutation that allowed the coronavirus to jump from bats to humans in 2019 was the first alarming behavioral change that this particular coronavirus performed. That initial strain, which quickly spread around the world, is generally referred to as the D strain.

The “D” is short for aspartic acid, a type of amino acid. The genetic code of SARS-CoV-2 is translated into amino acids, the building blocks of proteins.

The G strain emerged in early January when the amino acid in position 614 of the coronavirus’ genetic code switched from aspartic acid, or “D,” to glycine, or “G,” in the nerdy parlance of microbiologists. The significant thing was that position 614 is located in the virus’ spike proteins.

Normally, human cells act like a kind of PacMan, engulfing invaders and pulling them into a stomach-like bubble that degrades and neutralizes them. Initial studies have hypothesized that the G strain more effectively resists that process.

Among the research that bolstered the notion that the G strain is better at fighting off the human immune response was a Los Alamos National Laboratory study published in the journal Cell in early July estimating the mutation was three to six times more effective at infecting human cells than its earlier version.

That is apparently because the G mutation makes the spikes on the coronavirus more effective, like a better key sliding into a lock, according to the study, which analyzed viral sequences available through a global database known as GISAID.

The study, conducted in partnership with Duke University and the University of Sheffield, in England, found that the D614G variant is part of a set of four linked mutations that have moved together around the world.

Patients with the G variant carried more copies of the virus than those with the D version, but “there wasn’t a corresponding increase in the severity of illness,” said Erica Ollmann Saphire, a professor at the La Jolla Institute Saphire and leader of the Coronavirus Immunotherapy Consortium, who was one of the Los Alamos study researchers.

A different study, from the Scripps Research Institute near San Diego, found that the G mutation infected more human cells when both variants were placed in a petri dish with cell cultures. A consortium of scientists in the United Kingdom known as COG-UK also detected a G strain advantage in laboratory tests.

Batson said the earlier D variant predominated in the Bay Area at the beginning of the year. A handful of G mutation cases were detected in Santa Clara County in March, he said. By April, the mutated virus had spread from Santa Clara into San Francisco, San Joaquin, Contra Costa and Alameda counties.

Travelers from the East Coast probably spread the G strain into both Northern and Southern California, experts believe. By June, the majority of cases sequenced in California were the G variant, including all cases in Santa Clara and in San Diego County, Batson said.

But Batson said there is no definitive evidence that the G strain is more contagious. It could just as easily have been introduced at the ideal time — after the D strain had been tamped down by shelter-in-place orders — and then became dominant because it had no competition, he said.

The studies indicating G strain superiority were inconclusive in their analysis or were small-scale experiments, he said.

“The evidence that it is more transmissible is preliminary,” Batson said. “Once you account for the uncertainty, neither type is a clear winner.”

Bennett agreed, saying all we really know is that the G strain is getting more common.

“Maybe that was just random opportunity, where it just got into the eastern seaboard and was the first one there and had the opportunity to spread there first,” she said. “There’s more work to do to figure out if, and how, it is important.”

In the meantime, other mutations are occurring and many new lineages are forming. The main focus, Batson said, should be on stopping the spread of the pandemic.

“The virus is still moving, (so) the challenges of keeping a small community safe are tied into keeping the whole state safe,” Batson said. “Regardless of which lineages happen to be present, the same public health measures — wearing a mask and avoiding shared air — prevent coronavirus transmission.”

What can explain the mystery of China’s Covid-19 numbers? - india news

Inhaled corticosteroids in virus pandemics: a treatment for COVID-19?

Inhaled corticosteroids in virus pandemics: a treatment for COVID-19?

Latest on the novel coronavirus outbreak