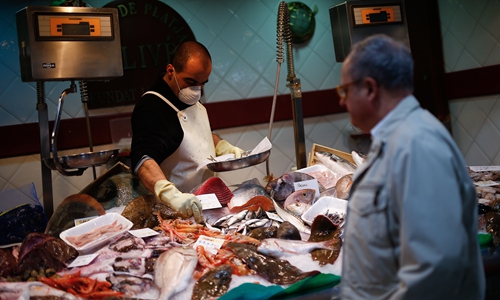 A fishmonger wearing a mask serves a customer at a local market in Barcelona, Spain on March 18. File photo: AFP

The presence of COVID-19 in Spain’s sewage offers a clue on the virus’ existence, either in people or animals, before China reported its first COVID-19 patient in December 2019, Chinese experts said, after Spain detected the presence of the novel coronavirus in March last year, and Italy made similar findings.

Research led by the University of Barcelona showed the presence of the virus in samples of wastewater in Barcelona in March 2019, and infections were present before knowing of any case of COVID-19 in any part of the world.

The University of Barcelona released the findings in “SARS-CoV-2 detected in wastewater in Barcelona on March 12, 2019” on its website on Friday, and the findings were also published in medRxiv.

The source of COVID-19 is slowly being unearthed, as the virus may have existed in other countries before the first case was reported by China. These findings may alter the chronology on the evolution of the COVID-19, experts said.

The presence of the virus in the sewage offers us a clue about the existence of the virus in Spain, either among people or animals, before China reported its first COVID-19 patient in December 2019, Wang Guangfa, a respiratory expert at Peking University First Hospital, told the Global Times on Saturday. 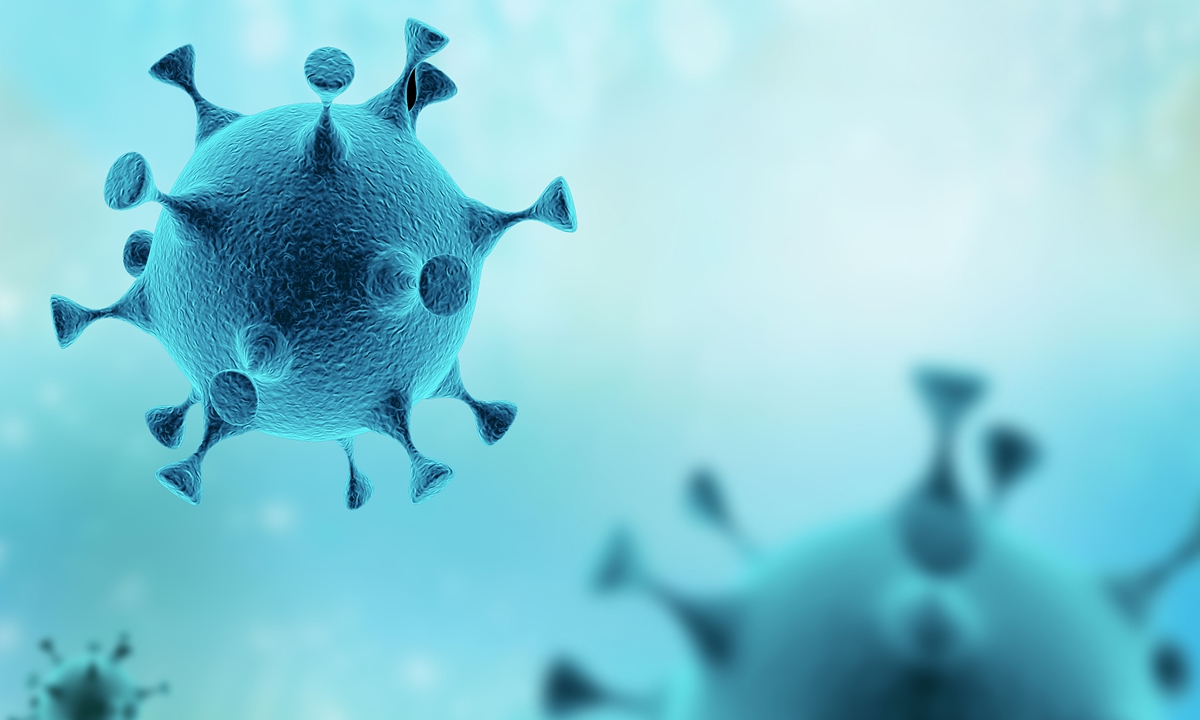 When the novel coronavirus spread in Spain in March last year, the virus may have been less contagious, which explains why it took such a long time to find a COVID-19 patient in Europe. It then became more infectious as it mutated, Wang said, urging researchers to examine the virus’ full genome sequencing to track the virus’ origin.

The findings confirmed the existence of the virus in human or animal excrements, Yang Zhanqiu, the deputy director of Wuhan University’s pathogen biology department, also said.

But Yang told the Global Times that the detection of the novel coronavirus in the sewage doesn’t mean the virus could spread through water or alter the fact that the virus is spread mainly through droplets.

Scientists in Italy had found traces of the virus in sewage collected from Milan and Turin in December 2019, Reuters reported. The report said many nations are sampling wastewater to track the virus, as research in the Netherlands, France, Australia and elsewhere has found signs that the virus that causes the epidemic are found in waste water.

Wang is also urging China to conduct wastewater-based epidemiology of the virus in Wuhan, Central China’s Hubei Province to prove that Wuhan was not the origin of the epidemic.

The US government is making China the scapegoat for its own failure in combating the epidemic, and is blaming China for spreading the virus, media reported.

Detecting the origin of the disease is of great scientific importance, and reflects the consciousness of the scientific community in the face of US attacks on China, Zeng Guang, a chief epidemiologist of the Chinese Center for Disease Control and Prevention, told the Global Times on Saturday.

The Spanish research quoted Albert Bosch, president of the Spanish Society of Virology, as saying, “Those infected with COVID-19 could have been diagnosed with flu by mistake in primary care.”

In March, when asked if some people in the US died of coronavirus rather than influenza last year, US Centers for Disease Control and Prevention (CDC) director Robert Redfield admitted that some cases were wrongly diagnosed.

As Victoria undertakes a coronavirus testing blitz, what more can Australia do to prepare for surge testing?

24th death due to coronavirus confirmed in Laredo

24th death due to coronavirus confirmed in Laredo