Jan Hillard: Conspiracy theories and COVID-19 — better the devil you know than a world you don’t

COVID 19 is fraught with fear, uncertainty, inconvenience, and threat. In times like these, most Americans rely on science, medicine, and the legitimate media to make sense of and take individual action regarding the virus.

There are however some Americans who follow a much different path to navigate the virus. For these individuals, conspiracy theories provide explanations of the origins of the virus, offer a sense of control and community with other believers who blame the virus on 5G, Bill Gates, and the Democratic Party, the Chinese, Big Pharma, and countless others.

Conspiracy theories have been around forever. They have been passed around by various groups who are suspicious of institutions, invent explanations of history and the future. Those who peddle the theories ask their followers to suspend logic and become enlightened. Before identifying the top COVID conspiracy theories a primer on conspiracies is in order.

Conspiracy theories explain events by referring to a sinister individual or more often group(s) who have great power, operate covertly, and are poised to take over the societal, political, or economic order. Since these conspiracies operate in secret, believers must accept the elements of the conspiracy on faith. The conspiracy uses circular logic, is resistant to falsification, and employs a logical fallacy called infinite regression (if you can’t prove the conspiracy at one level, it must be hiding at another albeit higher level) with the most absurd locating conspiracy at a galactic level.

The research on conspiracy theories seeks to understand the personality of believers. The common traits of conspiracy believers can include: distrust of others, uncooperative, focus on one’s own needs and interests, manipulative, paranoia, superiority over others, lower critical thinking skills, difficult fitting in, high need for sense of belonging. Against the backdrop of COVID, some of these psychological features may become more pronounced as fear and uncertainty rise. Those that peddle conspiracies understand these features and seek to manipulate their followers accordingly. Conspiracy leaders pray on these individuals with claims of secret knowledge, references to websites, little known writings they have “found”, other “experts”, religious dogma, and the Bible’s hidden meanings (i.e. Alex Jones, Jim Bakker).

Conspiracy theories bloom after horrific, threatening, or seemingly unexplainable events. The assassination of John Kennedy, 911, moon landings, and now COVID 19 have produced tens of conspiracy theories. A recent article by the Alliance for Science at Cornell University’s College of Agriculture and Life Sciences (April 20, 2020) identifies the most prominent COVID conspiracy theories. They include:

The idea here is that the virus was spread by 5G’s electromagnetic spectrum and is making people who contracted the virus much sicker and likely to die than the virus alone would cause. Factually, it is impossible for a virus to travel along mobile networks. In spite of this, Woody Harrelson and others are pushing this conspiracy and leveraging their access to the mainstream media. The theory has resulted in the destruction of cell towers in Europe, creating life-threatening disruptions in emergency communication.

Conspiracy theories involving Bill Gates and Microsoft have circulated for years. Gates prominence and the prevalence of Microsoft makes easy targets for theorists. Conspiracies around Gates and COVID posit that he knew about the virus in 2015 (TED Talk on Ebola) or that he created it. Some believe that he is pushing for a vaccine so that he (and Microsoft) can use the vaccine to implant a microchip in the world’s population, allowing he and Microsoft to control the world. Some anti-vaxxers are spreading this conspiracy in order to bolster their weakened position.

The Virus Escaped from a Chinese Lab

This theory holds that the virus was intentionally leaked from the Wuhan Institute of Virology, where it had been developed. While it is scientifically plausible that COVID originated in the wet markets of Wuhan (there are emerging other source locations), there is no evidence that the Wuhan Institute studied or developed COVID 19. None of the viruses being studies at the institute matched the genetic characteristics of COVID 19. Conspiracy theories have latched on the fact that the Institute did study bats as carriers of other COVID viruses (SARS CoV-2) and therefore deduce these bats carried the virus to the lab. While bats may be a transspecies carrier, the bats from the institute were not COVID 19 carriers. 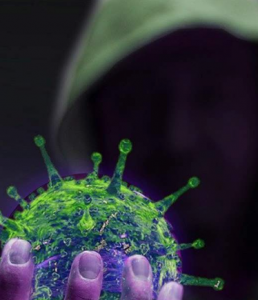 COVID as a Biological Weapon

This theory like the previous one, blames the Chinese for the virus. However, this theory goes a step further and sees the Chinese as more vicious and intentional by weaponizing the virus. The theory has been embraced by some US political leaders notably, US Senator Tom Cotton (Arkansas). Believers cite China’s past behavior and motives to keep secrets and call for swift action to deter and punish China for their recklessness (i.e. massive tariffs). A variant of the Chinese weaponing theory holds that the US military imported the virus to China during the 2019 World Military Games that took place in Wuhan. While this idea had some propaganda value in China, the idea that the US would kill its own people and others is apparently too fantastical for most conspiracy theorists.

GMOs are the Cause

This theory holds that genetically modified crops produced a genetic pollution that allowed the virus to grow creating an environmental imbalance. Factually, COVID is not at all transmitted via plants. It is a zootonic virus transmitted across animal species who become part of the food supply. In the case of COVID the transfer took place as the result of killing wildlife and using ancient, unsafe cooking methods.

This theory holds that COVID is a plot by the global order to take away our freedoms (Alex Jones, InfoWars) and that the virus is no different than the common flu. These individuals believe that COVID 19 presented the opportunity to create a false response to the virus, leveraging for example social distancing for sinister political ends and loss of personal freedom.

COVID is a Plot by Big Pharma

Finally, a conspiracy theory that uses the old tried and true explanation that big business is doing this. Anti-vaxxers have been using this for years. The core idea is that big business, in this case Pharm, creates a problem that they can fix, therefore producing incredible profits that would have never been realized without the virus.

This theory joins up with the belief that scientific-based medicine also represents a big money conspiracy, opening the door to quack products and cures for the virus (i.e. Jim Bakker, Alex Jones, Dr. Mercola, Natural News)

For most, these conspiracy theories seem cartoonish and laughable, resembling science fiction fantasy. For others, conspiracy theories serve to organize their world, to locate blame, to provide explanatory relief. However, we should not forget that these same theories are responsible for violence, destruction of property and even death. They detract us from the real work ahead, controlling and developing a vaccine for COVID 19, goals that are not conspiracy.

Jan Hillard, Ph.D., is data editor for the NKyTribune and KyForward and retired Faculty Emeriti of Northern Kentucky University.

The U.S.’ continued antipathy towards China

World Coronavirus Dispatch: People with no symptoms can ‘spread’ virus

The Coronavirus in America: The Year Ahead